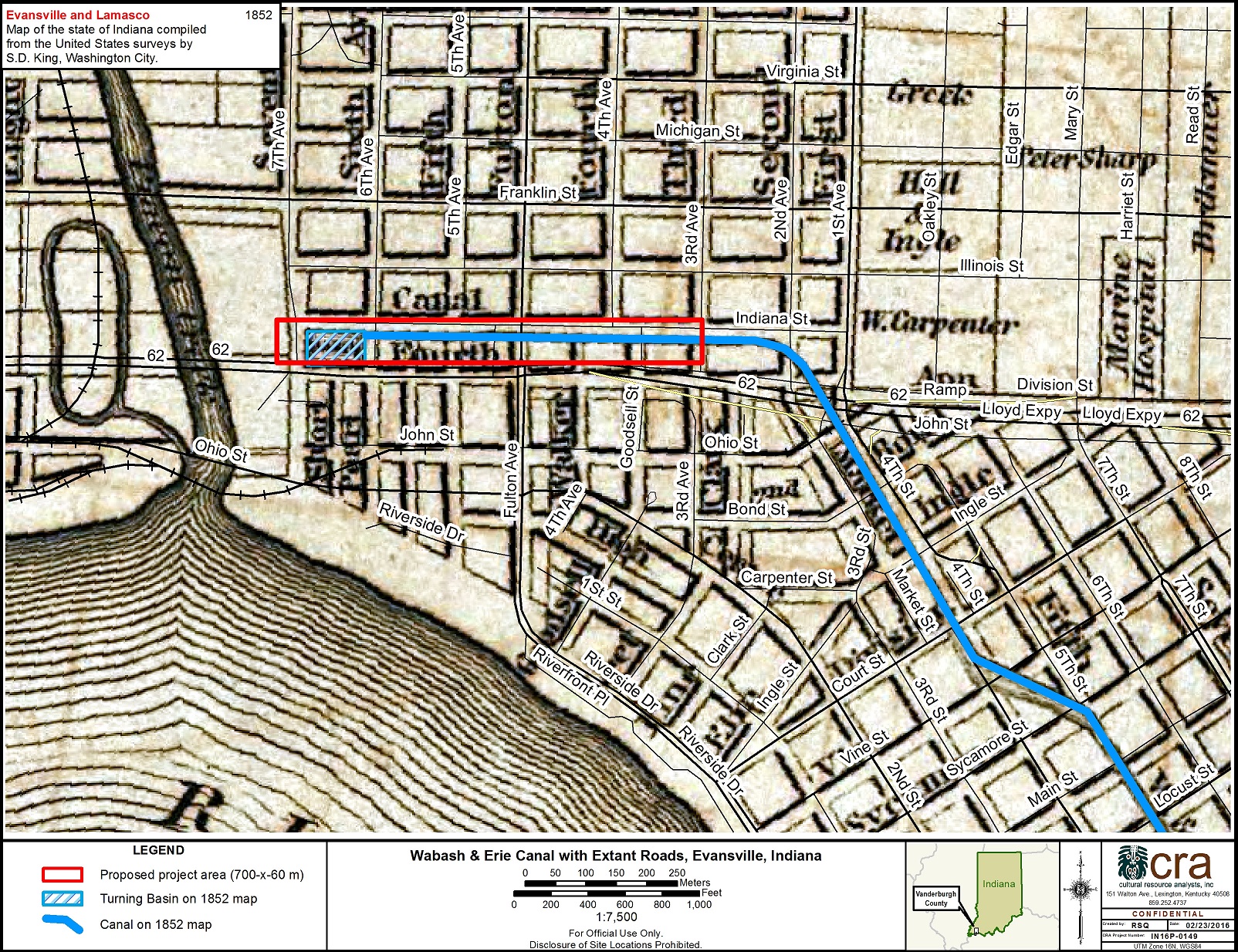 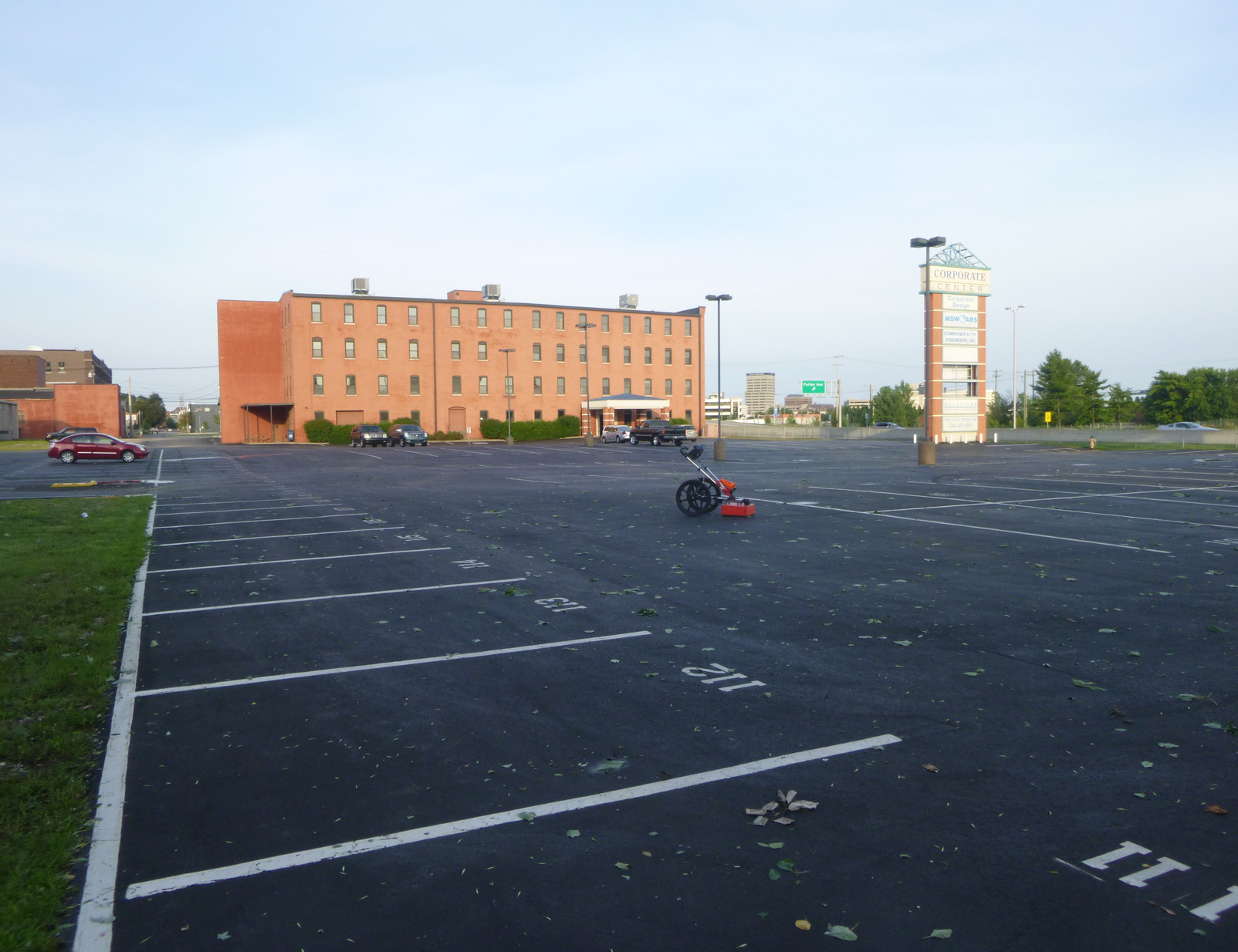 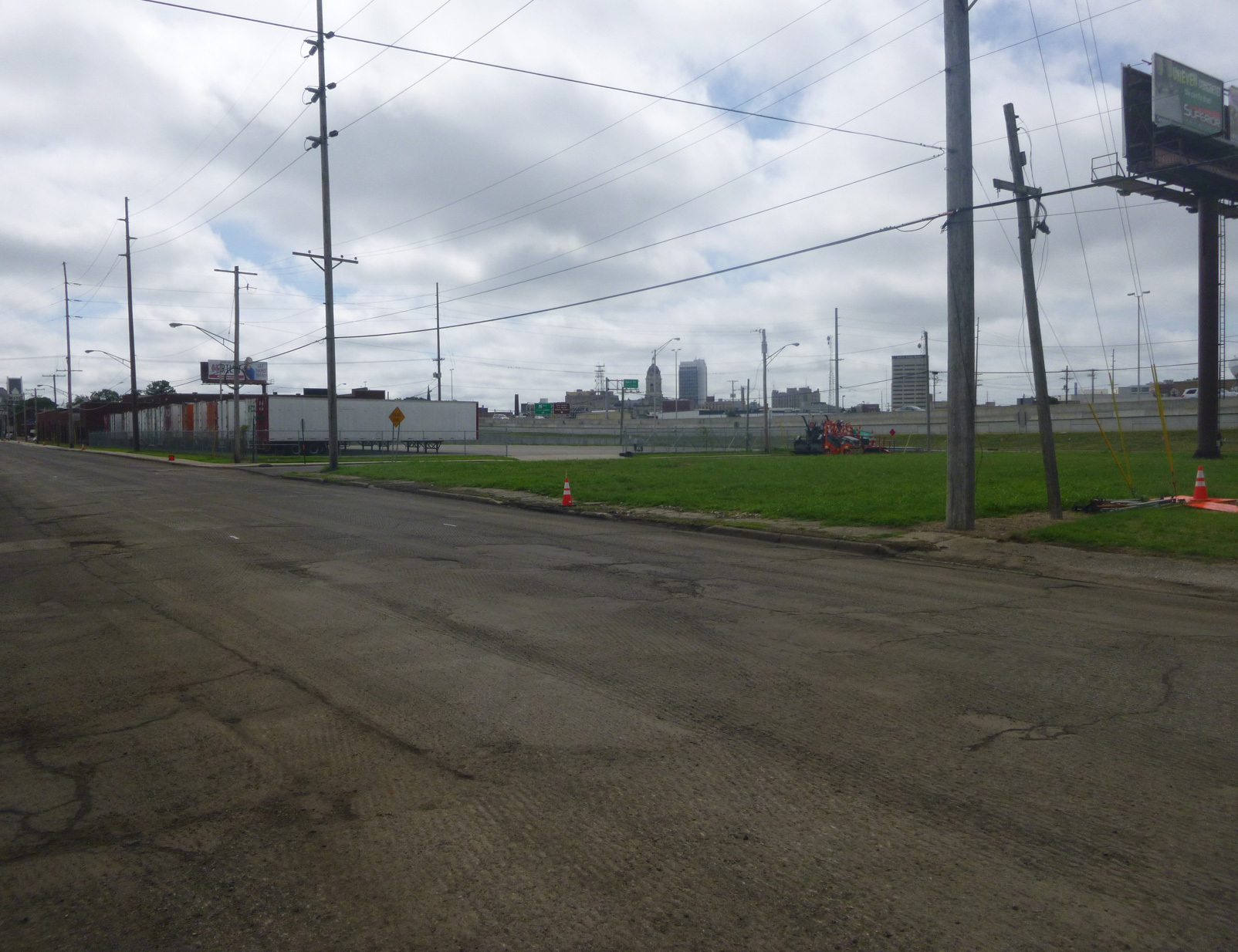 On behalf of INDOT, CRA personnel conducted a ground-penetrating radar survey of a total of 12.1 acres of land along the presumed route of the historic Wabash and Erie Canal in Evansville, Indiana. The goal of the survey was to use the GSSI SIR-3000 radar to locate remnants of the canal and turning basin. A variety of geophysical anomalies were identified in data, including utilities; extant roadways; a buried segment of 7th Avenue; extant rails crossing 6th Avenue; rubble from demolished structures; graveled parking areas associated with demolished structures; as well as other unidentified anomalies, most of which were not consistent with the target features. One anomaly, potentially consistent with the turning basin, was found in the northwestern edge of the project area. If it does correspond to the turning basin, however, that would mean that the canal and turning basin were mapped incorrectly historically.