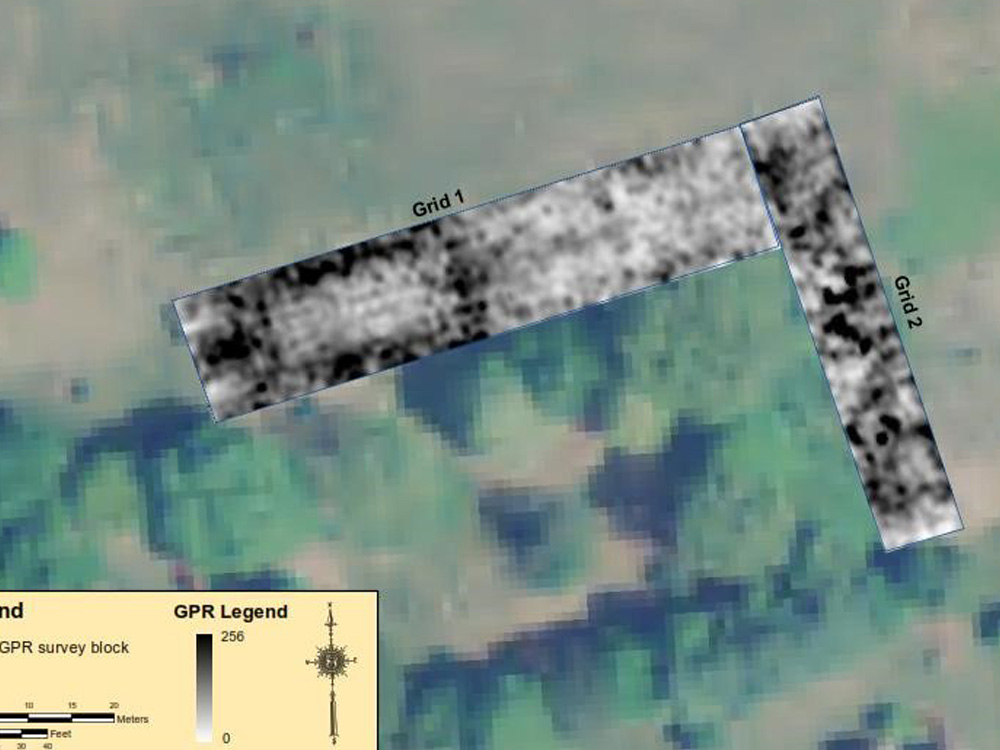 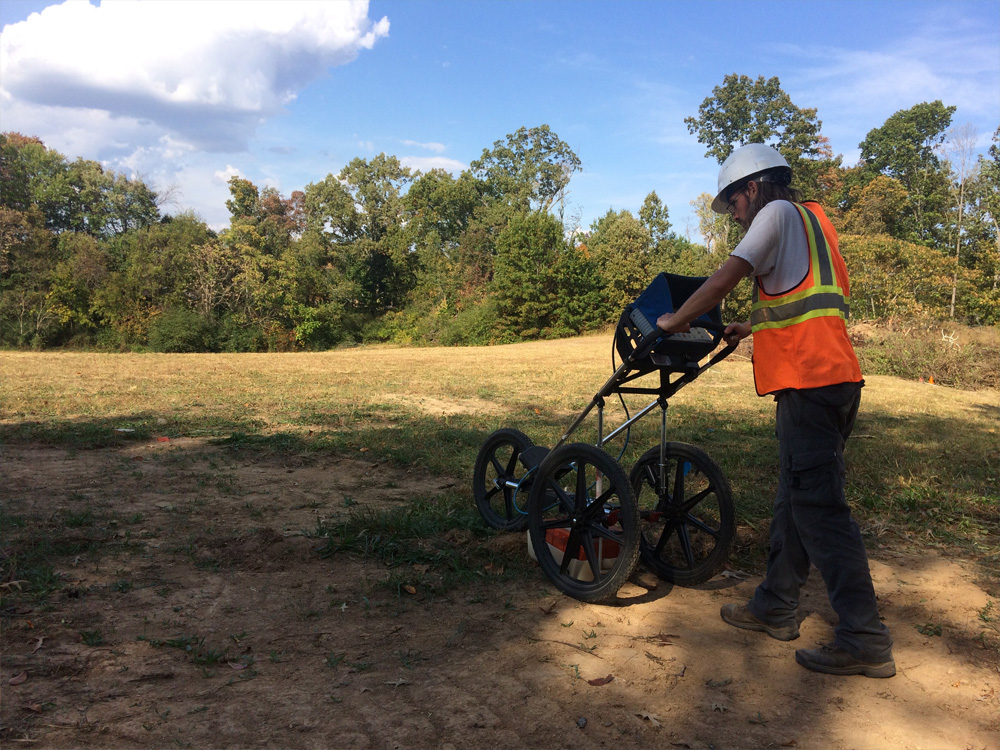 CRA conducted a ground-penetrating radar survey of a 0.41 acre tract of land adjacent to the historic Mars Hill Cemetery in Knoxville, Tennessee. Mars Hill is thought to be the final resting place of the victims of the Cavett’s Station Massacre, which occurred in 1793. Family members reportedly used the cemetery to as late as 1820. The Gallaher View Baptist Church was built in 1855 on the property and although the church was moved in the 1890s, church members continued to use the cemetery as late as 1931. A GSSI SIR-3000 radar system was used during the geophysical survey of the areas beyond the northern and eastern sides of the cemetery. No anomalies consistent with grave features were found within the project area, but a large rectangular anomaly, roughly the same dimensions as the historic Gallaher View Baptist Church, was discovered north of the cemetery. 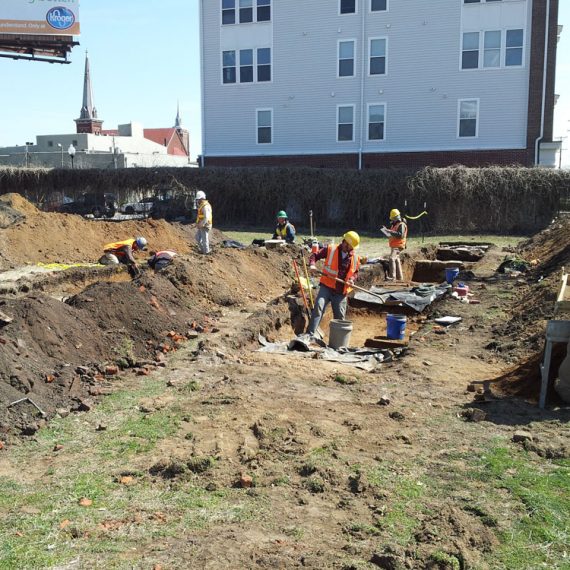