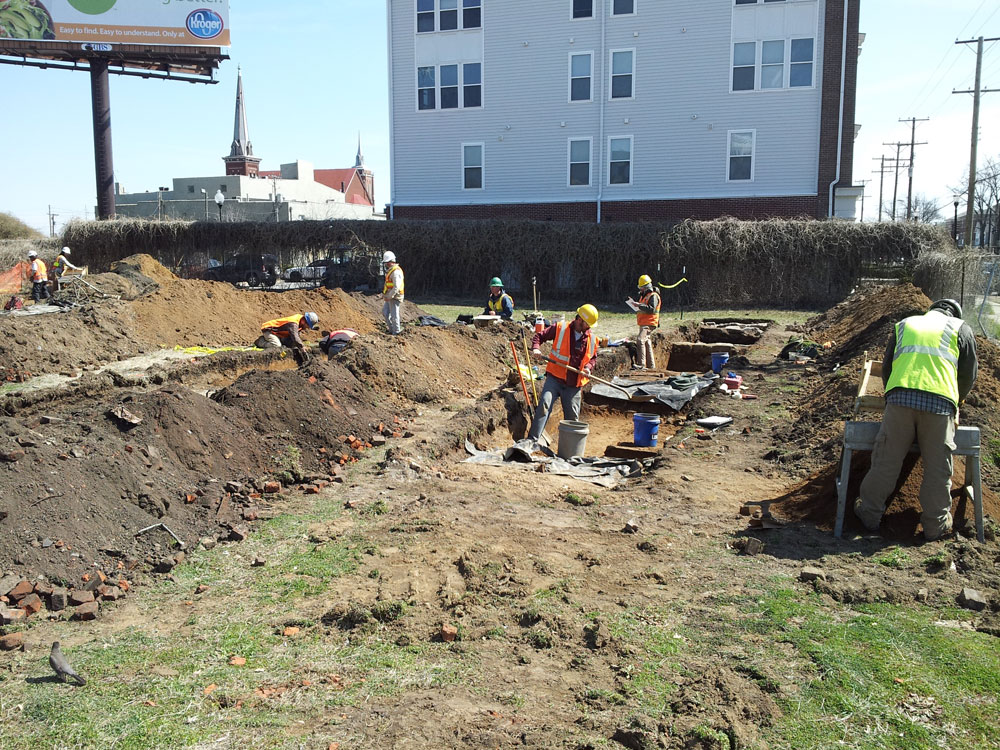 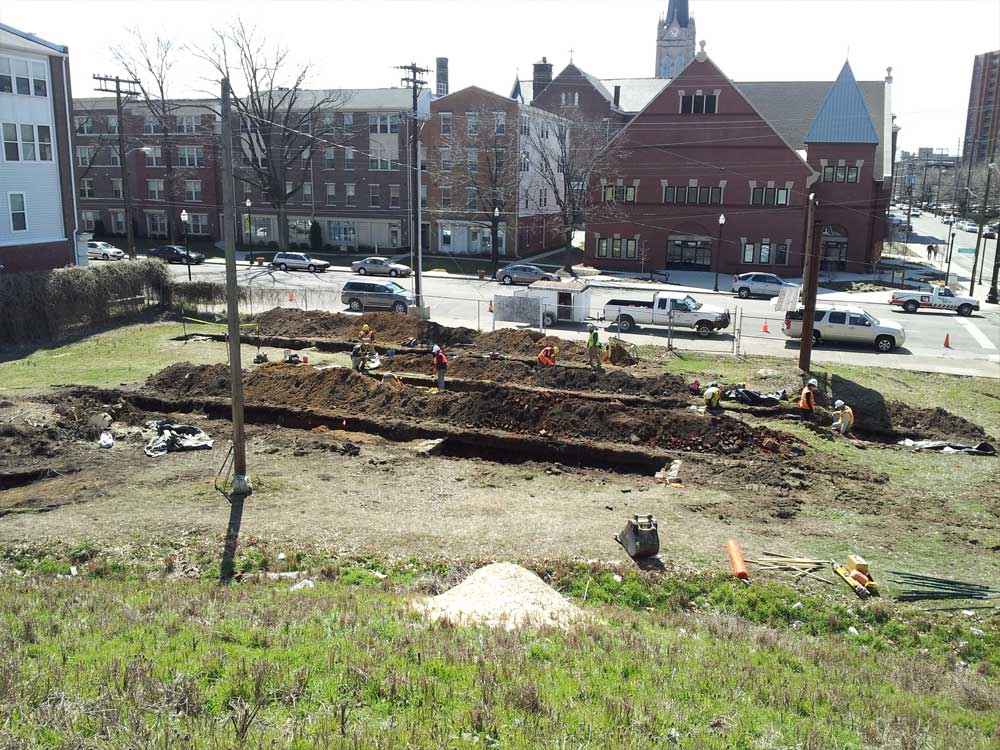 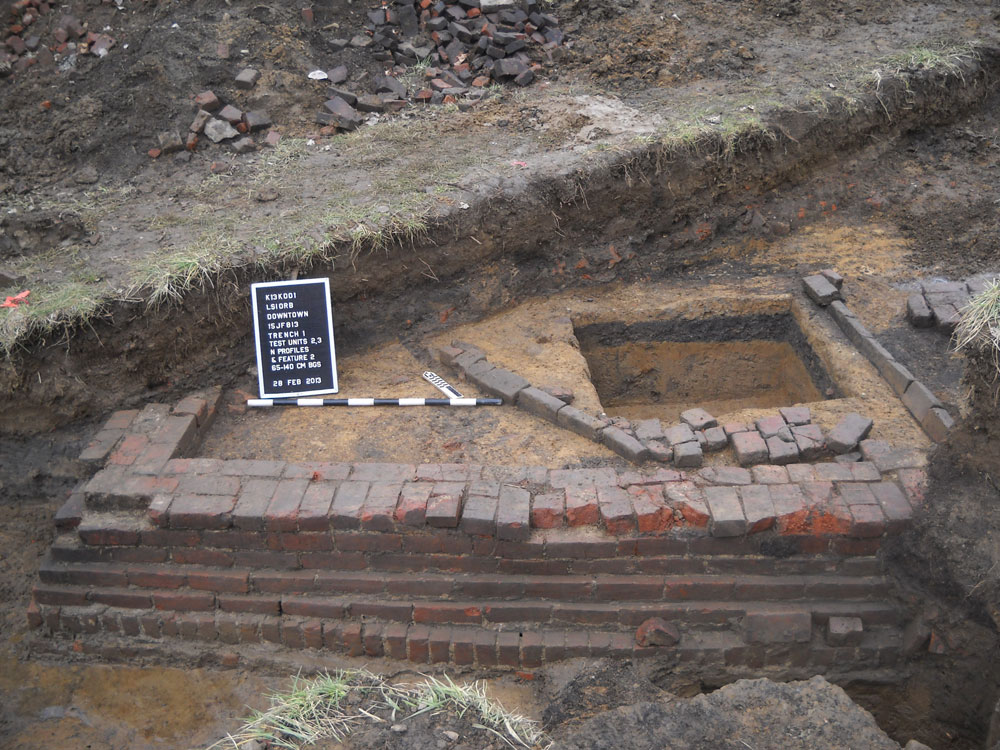 At the request of the Kentucky Transportation Cabinet (KYTC), CRA completed National Register of Historic Places (NRHP) evaluations for six previously documented sites (Site 15Jf813–15Jf817 and 15Jf820), additional data recovery investigations at Site 15Jf813, and exploratory trenching at Parcel 155 (later subsumed within Site 15Jf813) associated with the LSIORB Downtown Bridge Project in Jefferson County, Kentucky. During the investigations, KYTC requested that CRA complete the work in 7 weeks rather than the planned 14 weeks, in order to ensure that KYTC would not have to pay additional fees to the Design-Build contractor. CRA not only mobilized additional personnel and fulfilled KYTC’s request, but they finished ahead of the revised schedule.

The investigations were conducted ahead of the construction of a new downtown bridge and the interchange reconstruction to I-65, I-64, and I-71. The construction was restricted primarily to existing rights-of-way along the above-mentioned interstates. Five sites (15Jf813–15Jf817) were located near I-65 within a three-block radius of each other bounded by Market Street on the north, Hancock Street on the east, Liberty Street on the south, and Floyd Street on the west. The last site, 15Jf820, was located along I-64 between Beargrass Creek and Story Avenue in Butchertown. The five sites (15Jf813–15Jf817) historically were mostly integrated neighborhoods with a mixture of people that included native Kentuckians and European immigrants; Jews and non-Jews; African Americans and European Americans; low income and higher income households; single-family households and extended family households; boarding houses and tenement housing; and residential areas and commercial areas. Site 15Jf820 is located in a neighborhood (Butchertown) that throughout the nineteenth and twentieth centuries was a mix of residential and industrial buildings, with a heavy emphasis on slaughterhouses.

The NRHP evaluations of 15Jf813–15Jf817 and 15Jf820, and the data recovery at 15Jf813, were conducted in order to 1) determine if they contained intact buried archaeological deposits and whether these deposits were significant; 2) collect sufficient information to answer research questions regarding the past lifeways of the inhabitants at each site and the broader neighborhood contexts; and 3) mitigate adverse impacts to the sites by the proposed road and bridge construction.

Only grassy areas could be tested during the project and a total of 28 trenches, 64 cultural features, 20 units, and 20 cultural postholes were excavated. Units were excavated to sample features as well as historic yard middens and more deeply buried prehistoric deposits, where warranted. Across all of the sites, the most commonly discovered features were foundations (n = 40) followed by brick floors/walkways (n = 8), cisterns (n = 5), trash pits (n = 4), and unknown historic pits (n = 2). A possible chimney base, an outbuilding footprint, a prehistoric pit, and a modern pit of unknown function also were documented. Ten of the recorded postholes represented the remains of former wood post foundation piers, nine were fence posts, and one was modern and of unknown function.