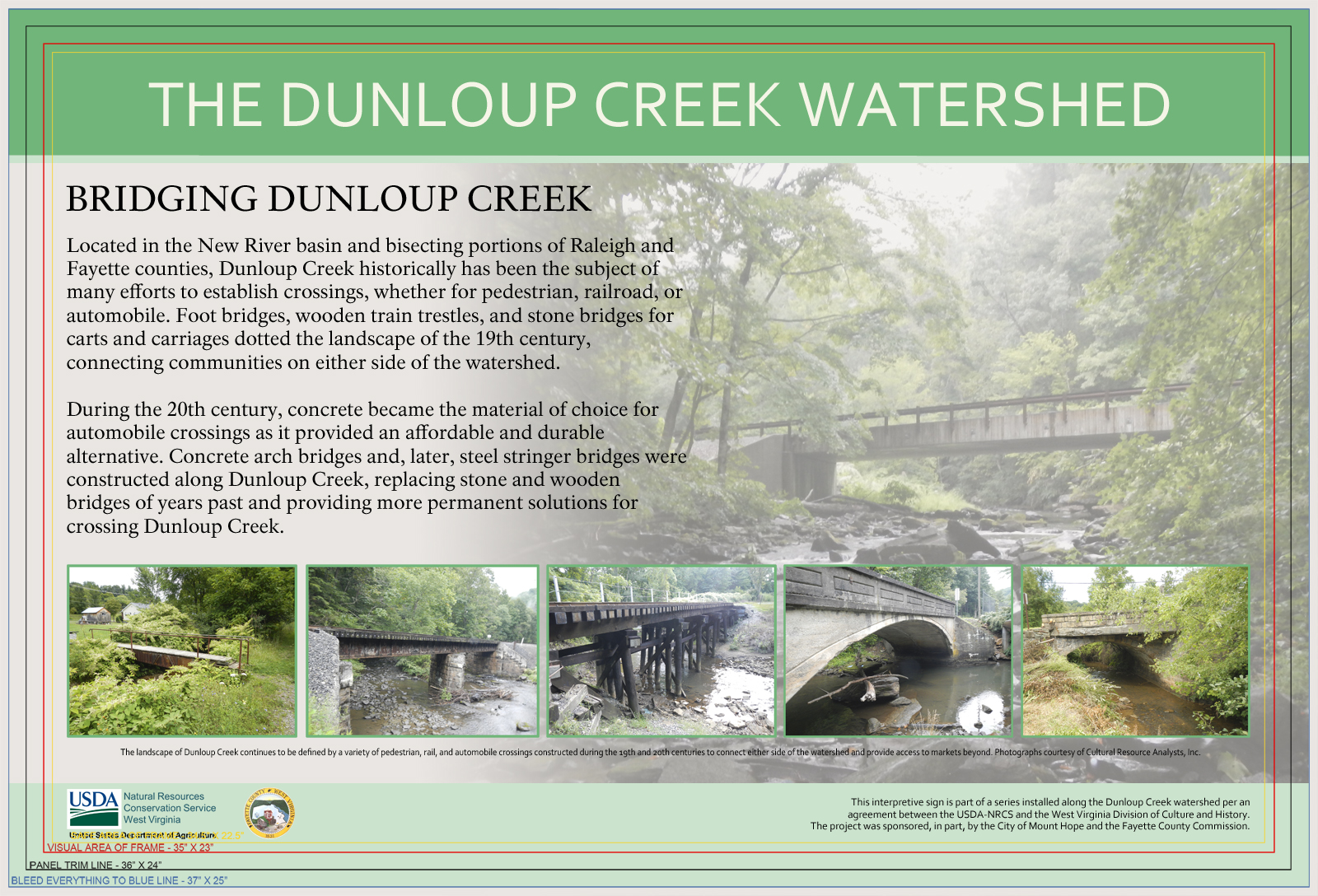 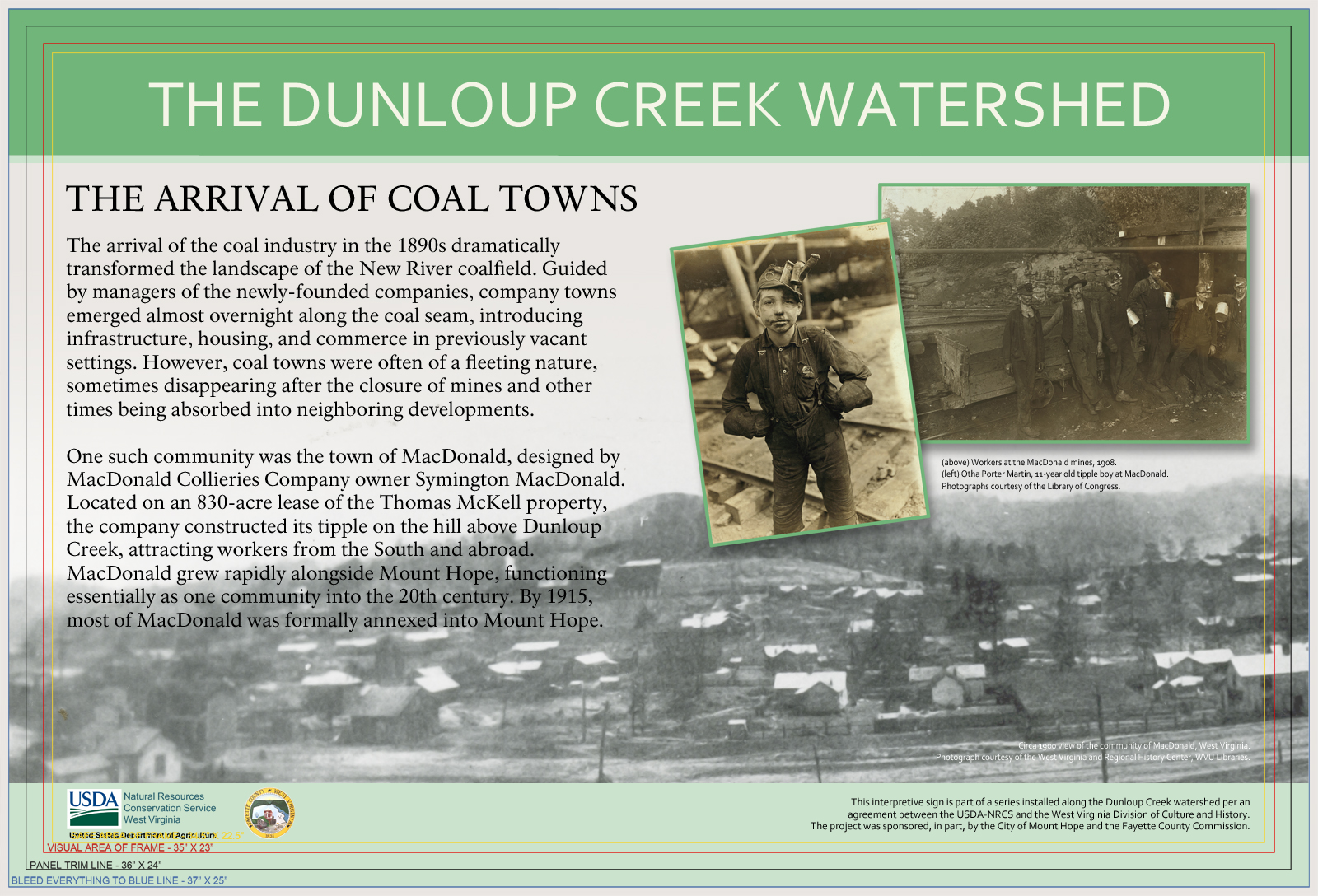 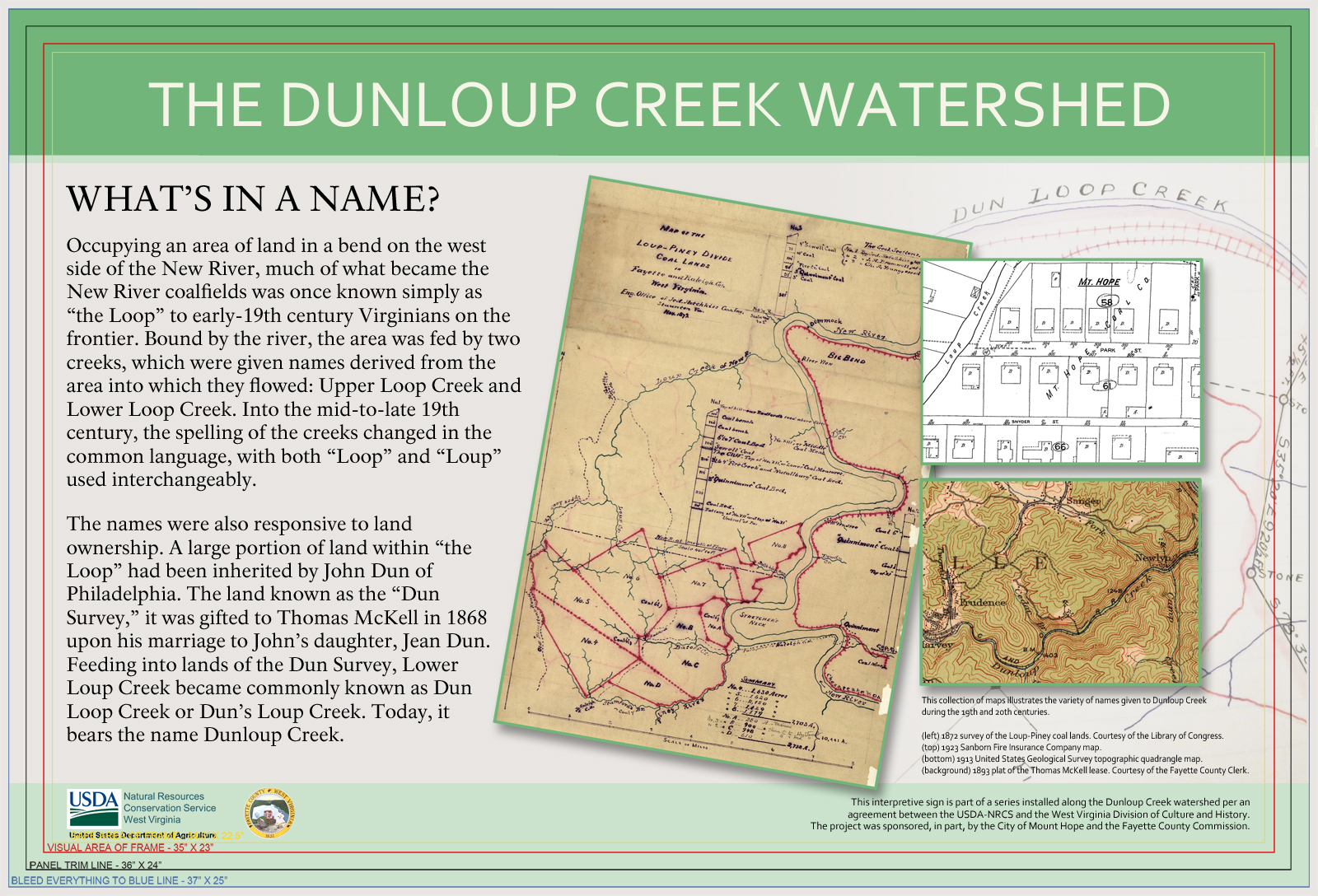 CRA was retained to assist the United States Department of Agriculture – Natural Resources Conservation Service (NRCS) and Fayette County Commission with documenting the cultural history of communities located within the Dunloup Creek Watershed in Raleigh and Fayette Counties, West Virginia. The project resulted from the NCRS’ Dunloup Creek Watershed Project, which seeks to return the watershed to its natural state as part of a floodplain buyout program.

Charged with researching, documenting, and interpreting the transformation of the Dunloup Creek watershed from the settlement era to the present, with a particular emphasis on the management of Dunloup Creek over time and the evolution of coal camp communities along its borders, CRA undertook extensive archival research and traveled the length of the creek to document the cultural landscape along its route. The research and documentation resulted in two primary components – a narrated interpretive program and script that can be sent to libraries, schools, and other institutions throughout the region and a series of ten interpretive panels to be placed along the length of Dunloup Creek. In developing the interpretive signage, CRA placed an emphasis on developing a cohesive narrative that full explores the history of man’s interaction with the landscape along the creek, which resulted in dramatic changes to infrastructure and the build-out of numerous communities, particularly as settlement intensified within the New River coalfield in the 1890s.