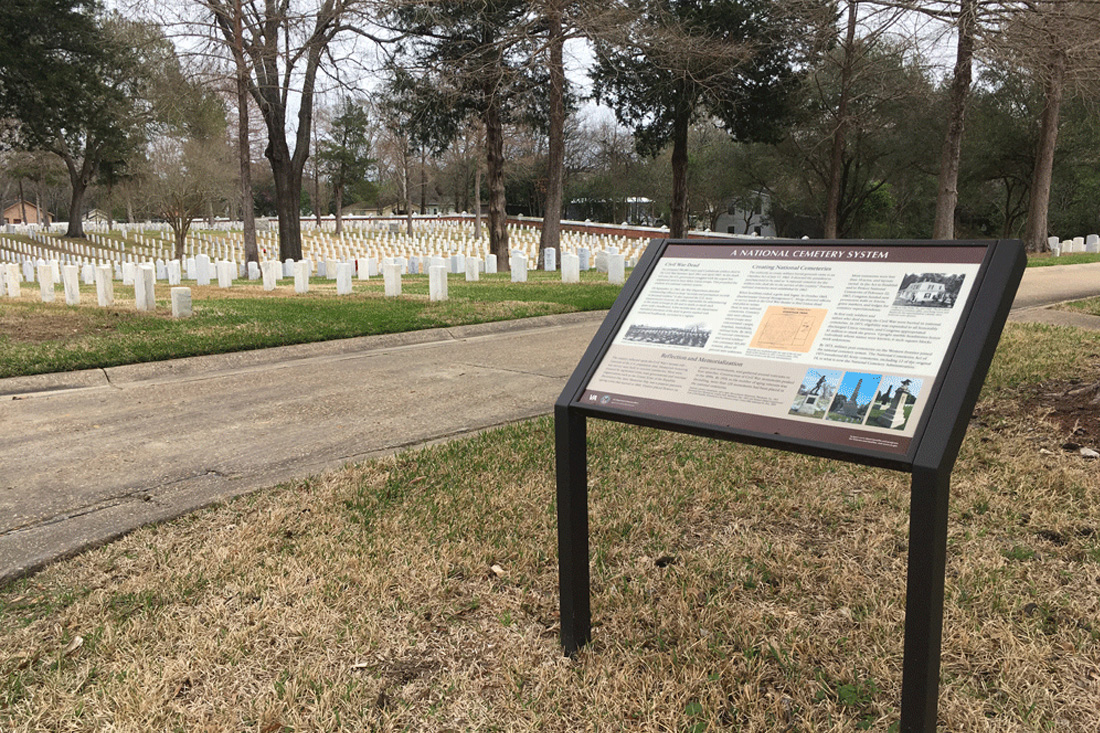 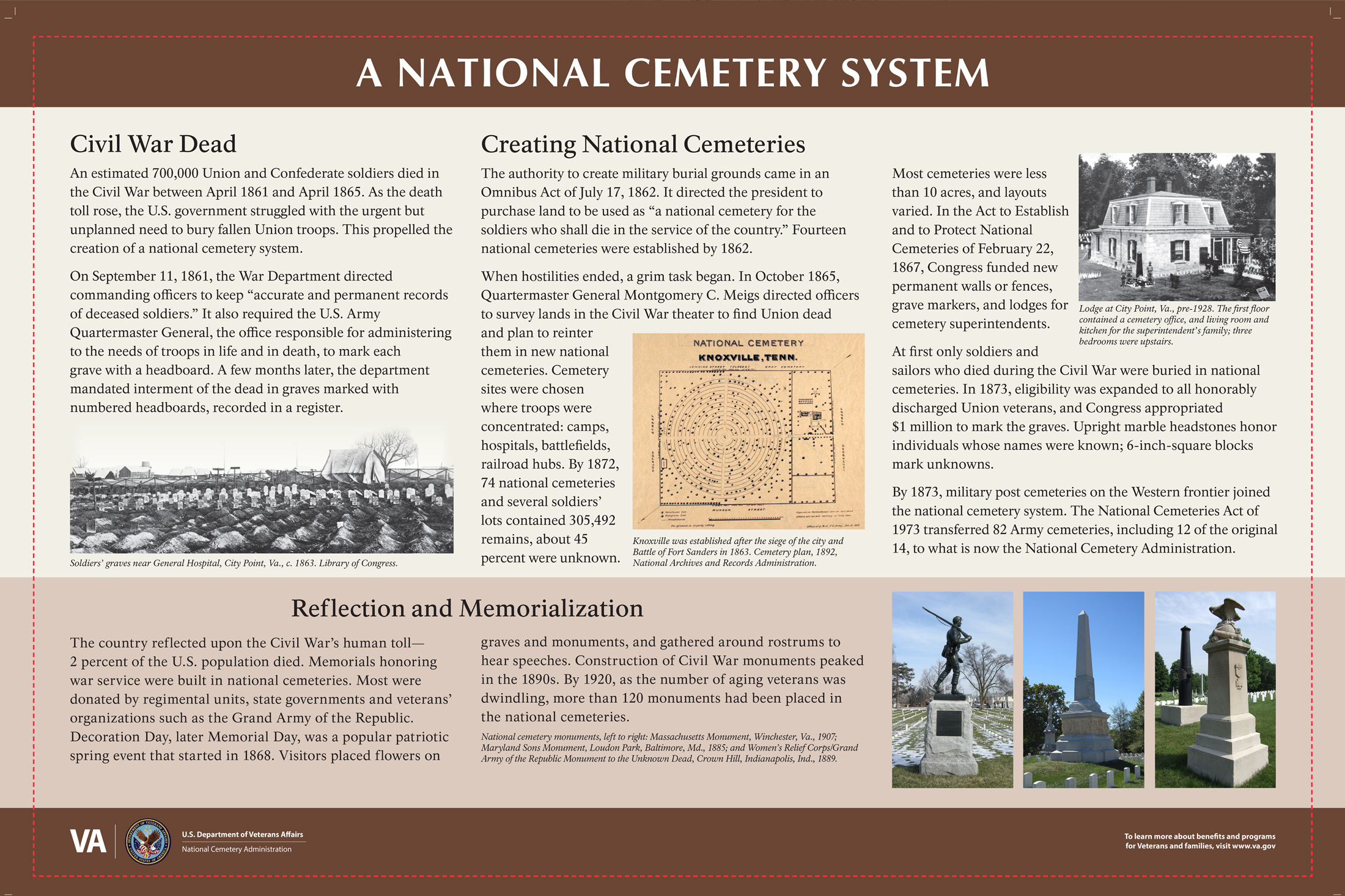 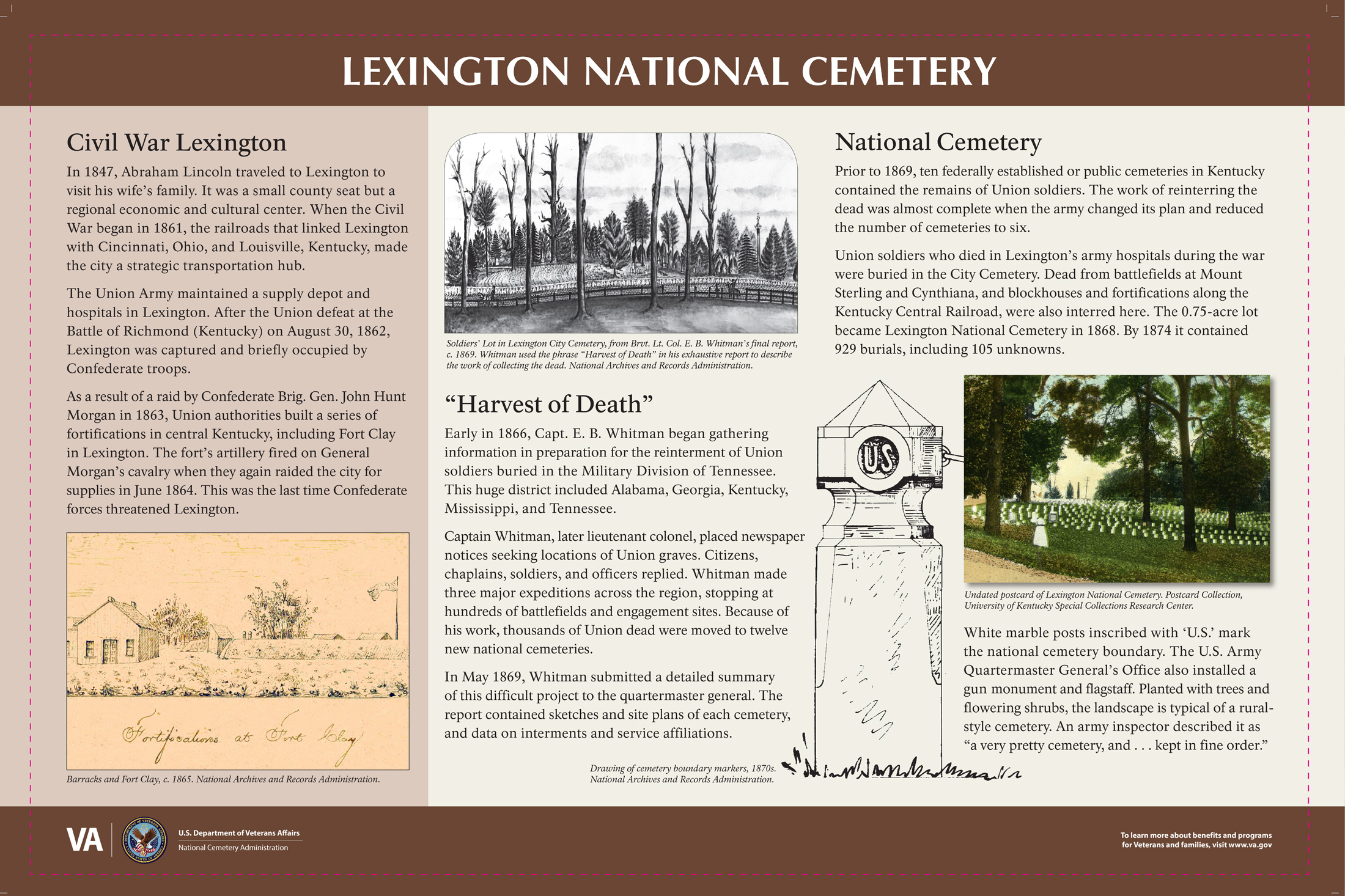 In response to the staggering death tolls of the Civil War, which eventually claimed the lives of an estimated 700,000 Union and Confederate soldiers, an Omnibus Act of July 17, 1862 directed the president to purchase land to be used as “a national cemetery for the soldiers who shall die in the service of the country.” Fourteen national cemeteries were established that year. Dozens of others were created in the years immediately following the war, established near camps, hospitals, battlefields, and railroad hubs where troops concentrated.

The interpretive signs present the diverse origins of these sites, highlighting the local and national events that led to the establishment of each cemetery, the unique landscape design and monuments that characterize each property, and the remarkable individuals who lie in these hallowed grounds. Historic drawings and photographs from the collections of the National Cemetery Administration, the National Archives, the Library of Congress, and local repositories illustrate their stories. Signs have been installed in cemeteries from Togus, Maine to Saint Augustine, Florida, and from Alexandria, Virginia to Los Angeles, California. The signs are intended to enrich the experiences of visitors to these important national shrines and are gradually being posted to NCA’s website to a reach a broader audience.