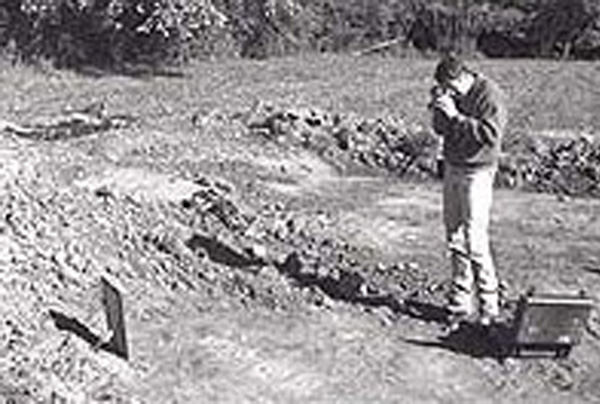 Jon Kerr has over 20 years of field, laboratory, and supervisory experience in archaeology. He graduated from the University of Kentucky in 1986 with a bachelor’s degree in anthropology and obtained a master’s degree in anthropology with an emphasis in archaeology from the University of Arkansas in 1992. As a Principal Investigator with the firm, he is responsible for conducting small to large-scale phase I surveys, phase II National Register evaluations, and phase III mitigation projects, including creating and executing testing and data recovery plans for Archaic, Woodland, Late Prehistoric, and Historic period sites located in floodplain/terrace, upland, and rockshelter settings. Jon is responsible for every aspect involved in seeing these projects through to completion from the initial proposal and budgeting phase to the preparation of final reports.

While having conducted fieldwork in eight states, including Kentucky, West Virginia, Tennessee, Arkansas, Indiana, Ohio, Illinois, and Virginia, Jon principally works in Kentucky, southern Indiana, and southern Ohio. He has authored, or co-authored, hundreds of technical reports for phase I, II, and III projects. Jon belongs to several professional organizations, including the Register of Professional Archaeologists, the Society for American Archaeology, Sigma Xi (the research honorary society for non-engineers), and the Kentucky Organization of Professional Archaeologists, and has acted as a board member of the latter.

Jon’s area of expertise is in the classification, analysis, and interpretation of prehistoric ceramic material. He also is a geophysical/remote sensing specialist. Jon has experience collecting data with the firm’s EM 38 conductivity and dual Geoscan fluxgate gradiometer devices and interpreting the results obtained with them.

Jon’s most recent publication (co-author) in 2005, which appeared in the Woodland Period Semantics in the Middle Ohio Valley, is titled “Middle Woodland Ritualism in the Central Bluegrass: Evidence form the Amburgey Site, Montgomery County, Kentucky.” He also contributed to two papers in the 2004 Kentucky Heritage Council’s publication Current Archaeological Research in Kentucky: Volume 7, including “Excavations at 15Cu27: A Rockshelter in South-Central Kentucky” and “Footprint of an Historic Sawmill: Archaeological Investigations of the Crawford-Nurre Sawmill in Williamsburg, Kentucky.”

Jon began employment with CRA in 1986. After attending graduate school from 1987 to 1988, he returned to CRA and has functioned as a Principal Investigator and the Archaeological Resources Group Leader for CRA’s corporate office. As Archaeological Resources Group Leader, Jon’s duties include supervising other Principal Investigators and Field Technicians, coordinating with the Executive Vice President and President of CRA, interacting with federal agencies and private sector clients, developing research designs and budgets, staffing projects, analyzing data, and writing and editing reports.