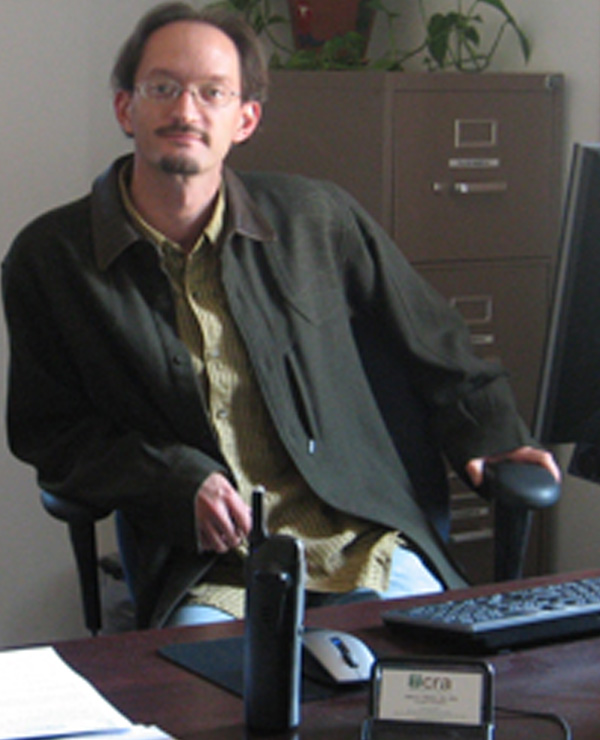 Jason Weston grew up in an old farmhouse amongst the rolling grasslands and wooded creek valleys of rural Iowa. Growing up in the countryside and his parent’s fondness for taking family trips to the Dakotas and other states around Iowa produced an affinity for travel and history and a love of the outdoors. This lead to an interest in archaeology and Jason went to Iowa State University in Ames to acquire his undergraduate degree in anthropology in 1995. After working as a field technician for the University of South Dakota and the Iowa Office of the State Archaeologist, Jason attended Wichita State University in Wichita, Kansas, and received his graduate degree in 2000. He then worked on excavations conducted by the Texas Historical Commission along the Gulf Coast. This was followed by employment as a staff archaeologist with the Center for Archaeological Research in San Antonio, Texas, in 2001. The desire to be closer to family, and missing the change in seasons led Jason to seek employment in Sheridan, Wyoming, in 2004, where he worked as a staff archaeologist then as a principal investigator. In 2009, Jason was hired by Cultural Resource Analysts, Inc., as a principal investigator for the Sheridan office.