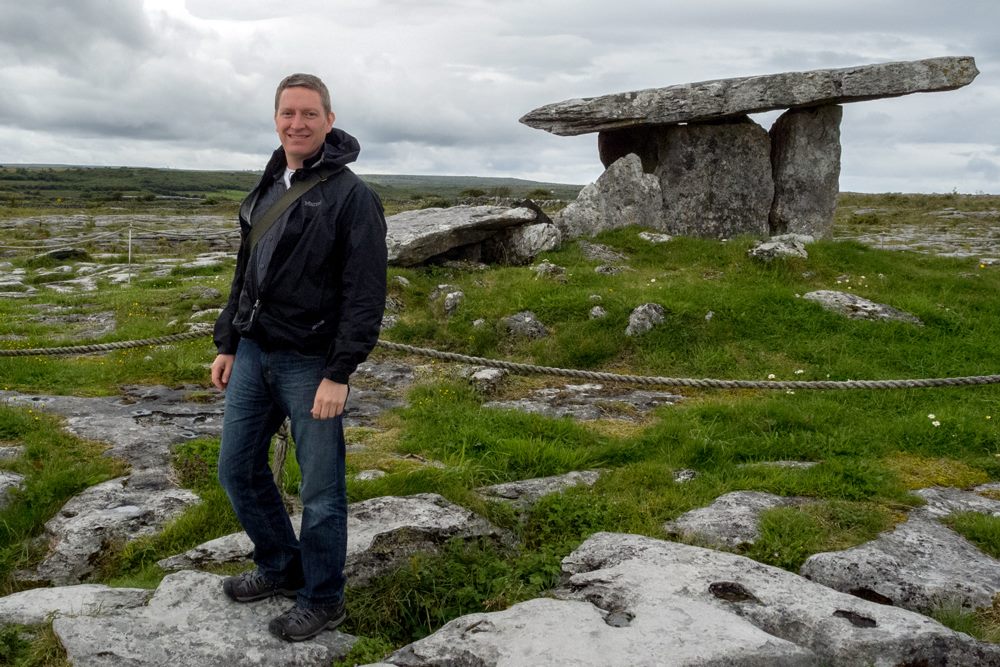 Jason Anderson has over 18 years of archaeological and geographic information systems (GIS) experience. He has completed a master’s degree in anthropology with an emphasis on the application of GIS technology to the interpretation of archaeological remains. He has been an employee of CRA since 1998 and has served as an Archaeological Field Supervisor responsible for managing fieldwork and authoring reports for projects at the survey and testing phases. Jason has extensive experience with historic and prehistoric archaeological sites in the eastern United States. He has also participated in the excavation of an Iron Age hill fort in Wales and the geophysical survey of an early Medieval monastery in Ireland.

After several years of working as an Archaeological Field Supervisor, Jason has recently started working as a CAD/GIS specialist in the Information Technology and Cartography department. In this role, he brings his talents and knowledge of cartography, technology, and love of solving problems and improving efficiency. Jason’s duties include all aspects of cartography. Using ArcView and Autodesk Map 3D, he creates proposal, preparatory field, and final report mapping. He maintains the corporate GIS, which includes many types of data including base maps, georeferenced historic maps, and cultural resource projects. Jason uses GIS analysis to help CRA personnel plan for projects and interpret spatial data. He creates customized computer programs and scripts primarily using Python, Java, and Visual Basic, to improve efficiency in many areas of CRA’s operations, including data conversion, cultural resource predictive modeling, and automation of viewshed analysis. Jason also manages CRA’s extensive collection of global positioning system (GPS) hardware, writes customized data collection scripts, and teaches his fellow employees how to use the technology.

When not at work, Jason enjoys hiking, photography, reading, watching movies, and walking his dog. Jason has always had a fascination for foreign languages and is currently trying to improve his Spanish and French language skills, which have gone into decline since college.