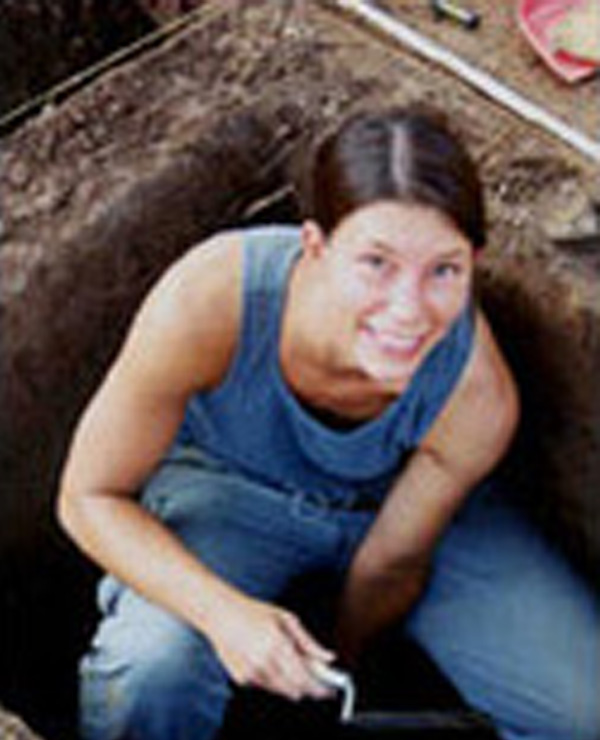 Alex Bybee holds a master’s degree in anthropology with an emphasis on biological anthropology. Her main area of interest lies in human mortuary practices, and she has been involved in the excavation and analysis of a number of mortuary components, including burials associated with the Fort Ancient village at the Burning Spring Branch site in West Virginia and several historic cemeteries across Kentucky and West Virginia. Aside from bioanthropological work, Alex has been involved in over 100 phase I archaeological surveys, phase II National Register evaluations, and phase III data recovery projects in Illinois, Kentucky, Michigan, Missouri, Ohio, Virginia, West Virginia, and Wisconsin. She has 11 years of archaeological experience.

Alex first worked for CRA as a Field and Laboratory Technician in 1998, followed by work as a Field Supervisor, managing phase I surveys and phase II testing projects. Her present duties as a Principal Investigator include conducting phase I, II, and III level projects and preparing the subsequent reports. Alex also serves as a Bioarchaeology Specialist and is responsible for the analysis and interpretation of recovered human biological remains and mortuary materials and the preparing of the subsequent technical reports.

Outside of work, Alex enjoys spending time with her daughters, her husband David, and their fat, old kitty-cat. Alex’s hobbies include swimming; reading; going to the gym; collecting early twentieth century, American art pottery; traveling; and messing up the electrical system in her “fixer-upper” home.